The American Orthodox Catholic Alliance (OrCathA) Collection was originally assembled in the 1950s and 1960s through the efforts of two of the Alliance's trustees, M.G.H. Gelsinger, Professor of Classics at the University at Buffalo, and Reverend Boris Burden of New York City. Intended to provide materials for the study of Eastern Orthodox Christianity, particularly in its Byzantine phase, this collection included some 20,000 volumes when it was donated in 1966 to the State University of New York at Buffalo. The University, in turn, established a matching fund to purchase additional books for the collection. In 1974, the unexpended portions of these monies were used to form an endowment, which was measurably increased five years later in conjunction with another substantial gift of materials from the Alliance. Income from this endowment has assured the steady growth of the collection, which presently consists of approximately 45,000 volumes.

The chronological limits of the collection parallel the Byzantine Empire itself: focus is on the fourth to the fifteenth century, with particular attention to the fourth century and to the period from the ninth through eleventh centuries. Emphasis is on the intellectual world of Byzantium, in both its secular and religious phases, including Greek patristic literature and its interpretation, and the tradition of the Greek Bible and its antecedents. To support these subjects, pagan literature of late antiquity is strongly represented, as well as the Hellenistic and Roman background of the Eastern Christian world and its relations with its neighbors in the Near East, in Eastern Europe, and in the Latin West.

The OrCatha Collection is among the country's important concentrations of Byzantine materials. It cannot rival Harvard University's Dumbarton Oaks Research Library, which is the national center for Byzantine studies, nor match the resources of the University of California at Los Angeles in this area. It does, however, rank immediately behind these major collections, its holdings comparable to those of the University of Notre Dame. This strength is reflected in the textual research the collection has supported over the years. Relying on its books and journals, faculty and doctoral students in the Department of Classics have published numerous studies on Byzantine topics and critical editions of Byzantine authors, some appearing in the Arethusa Monograph Series published by the Department. All titles in the collection are designated by a special bookplate. Rare materials, such as a large number of the early printed editions of Greek patristic texts, are housed in the Poetry Collection. Otherwise, the American Orthodox Catholic Alliance Collection forms part of Lockwood Memorial Library's general research collection and is accessible through its catalogs. 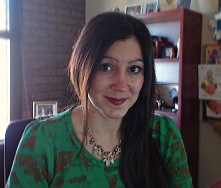