175 Years of Medicine at UB: Faculty 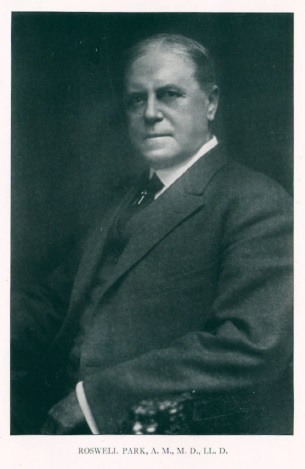 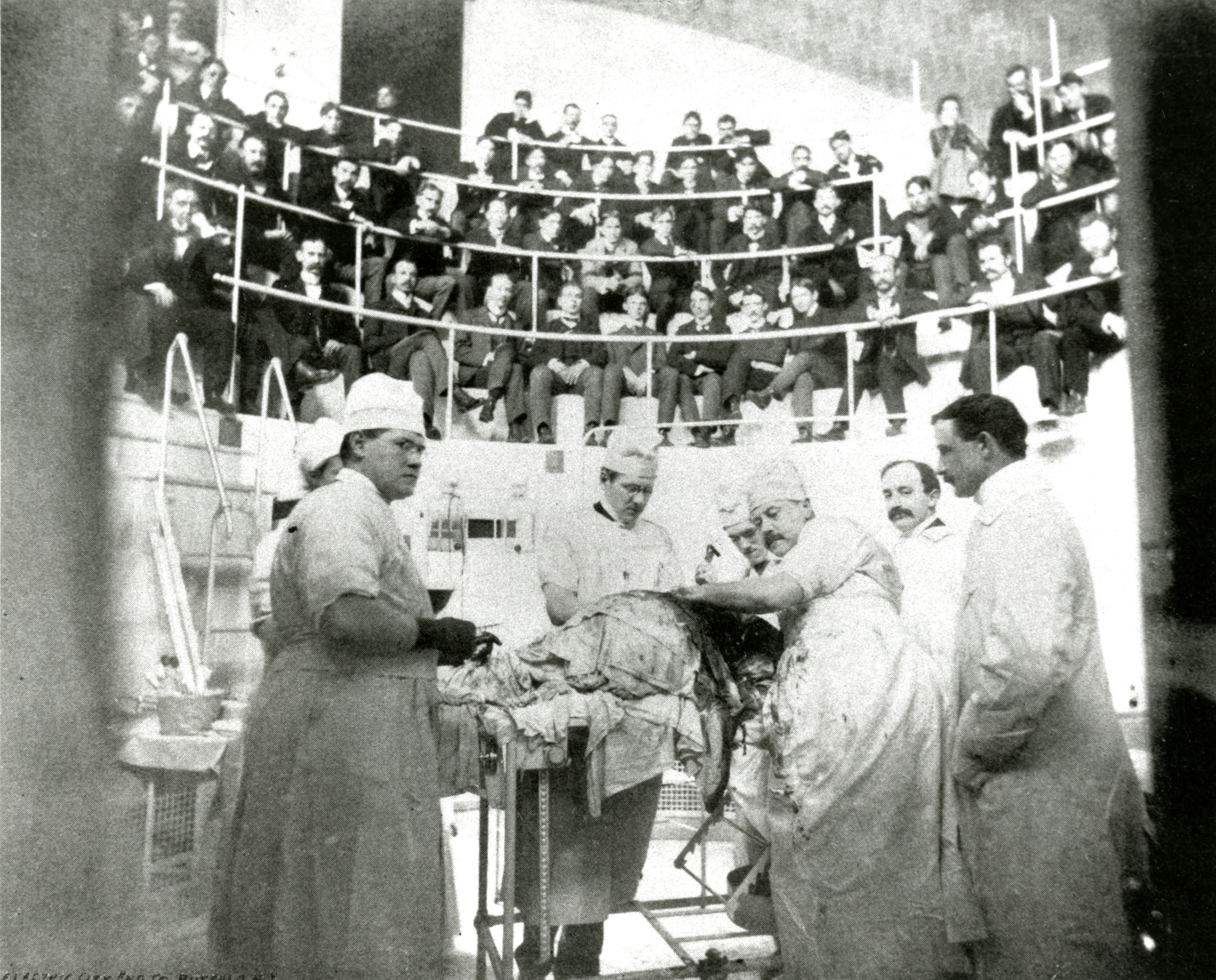 Roswell Park, MD worked at UB from 1883-1914. He was named Chairman of the Department of Surgery in 1884. In 1898, he started the first research laboratory dedicated to studying cancer. It now bears his name.

When President McKinley was shot in Buffalo in 1901 at the Pan American Exposition, Dr. Park was summoned to leave an operation in Niagara Falls to go to Buffalo. Before he knew the patient's identity, he reportedly said that he would not leave, "even if it were for the President of the United States." True to his word, he arrived just as another surgeon, Dr. Mann, was finishing up. 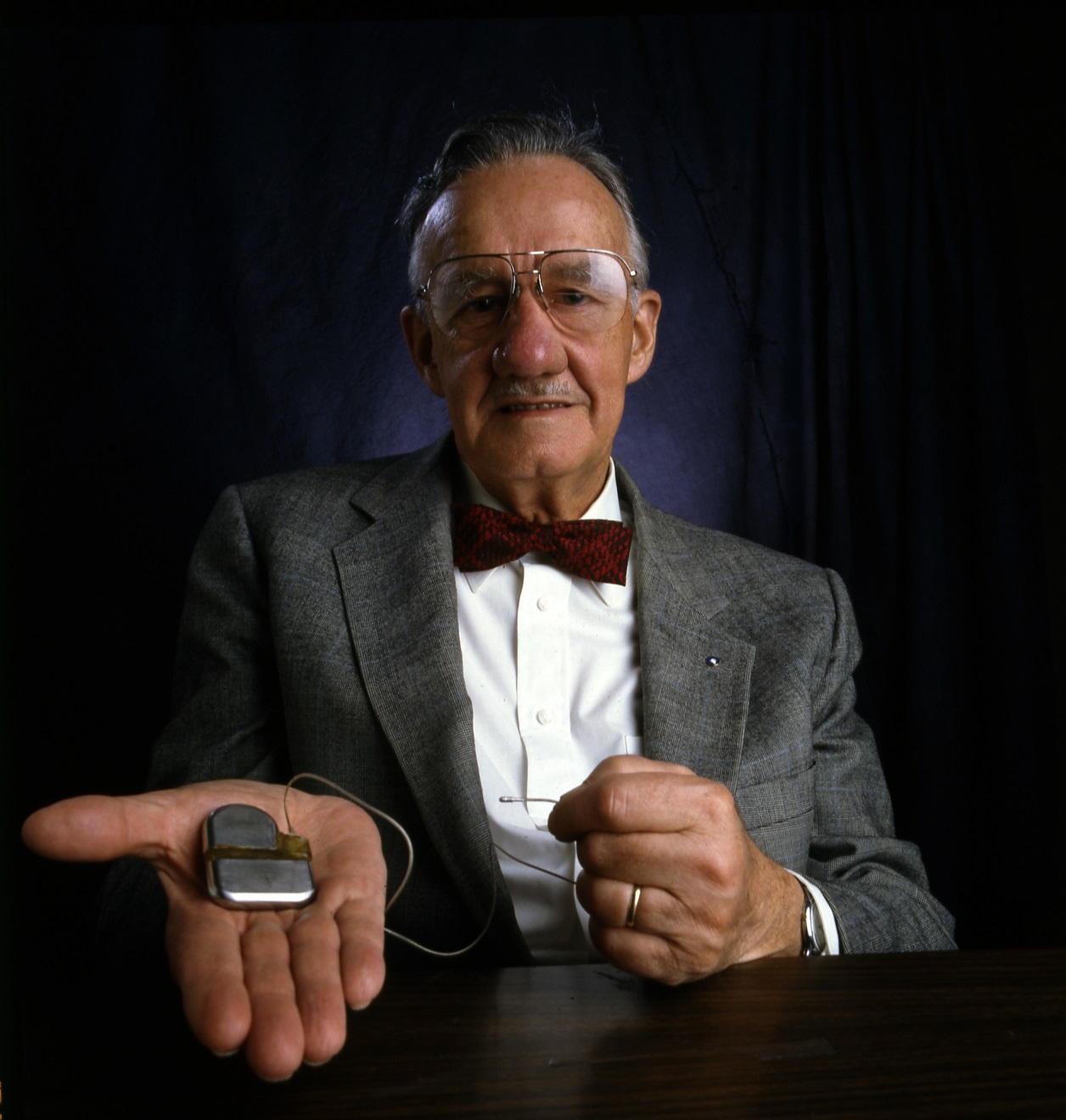 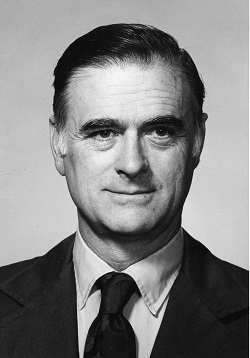 Engineer Wilson Greatbatch partnered with Drs. Gage and Chardack to develop an implantable cardiac pacemaker. Mr. Greatbatch "constructed several models in his workshop in Clarence, New York." After initial animal experiments, the device was tested in human patients at the VA. The pacemaker was deemed safe for use in 1960 and was implanted in patients with chronic heart block and heart rhythm disturbances. In 1996, Dr. Gage wrote: "The frustrations of the early years of pacing are attenuated by the successful outcome of the work." 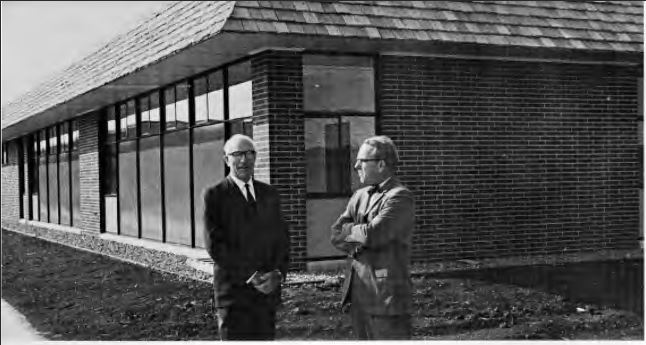 Distinguished Professor of Physiology and Biophysics 1968-1975

Five years after he won the Nobel Prize in Physiology or Medicine with his colleagues Dr. Andrew F. Huxley and Dr. Alan L. Hodgkin, Dr. Eccles came to work at the University at Buffalo. The trio were awarded the prize for "for their discoveries concerning the ionic mechanisms involved in excitation and inhibition in the peripheral and central portions of the nerve cell membrane." A new neurobiology unit was created for Dr. Eccles on the Ridge Lea Campus. 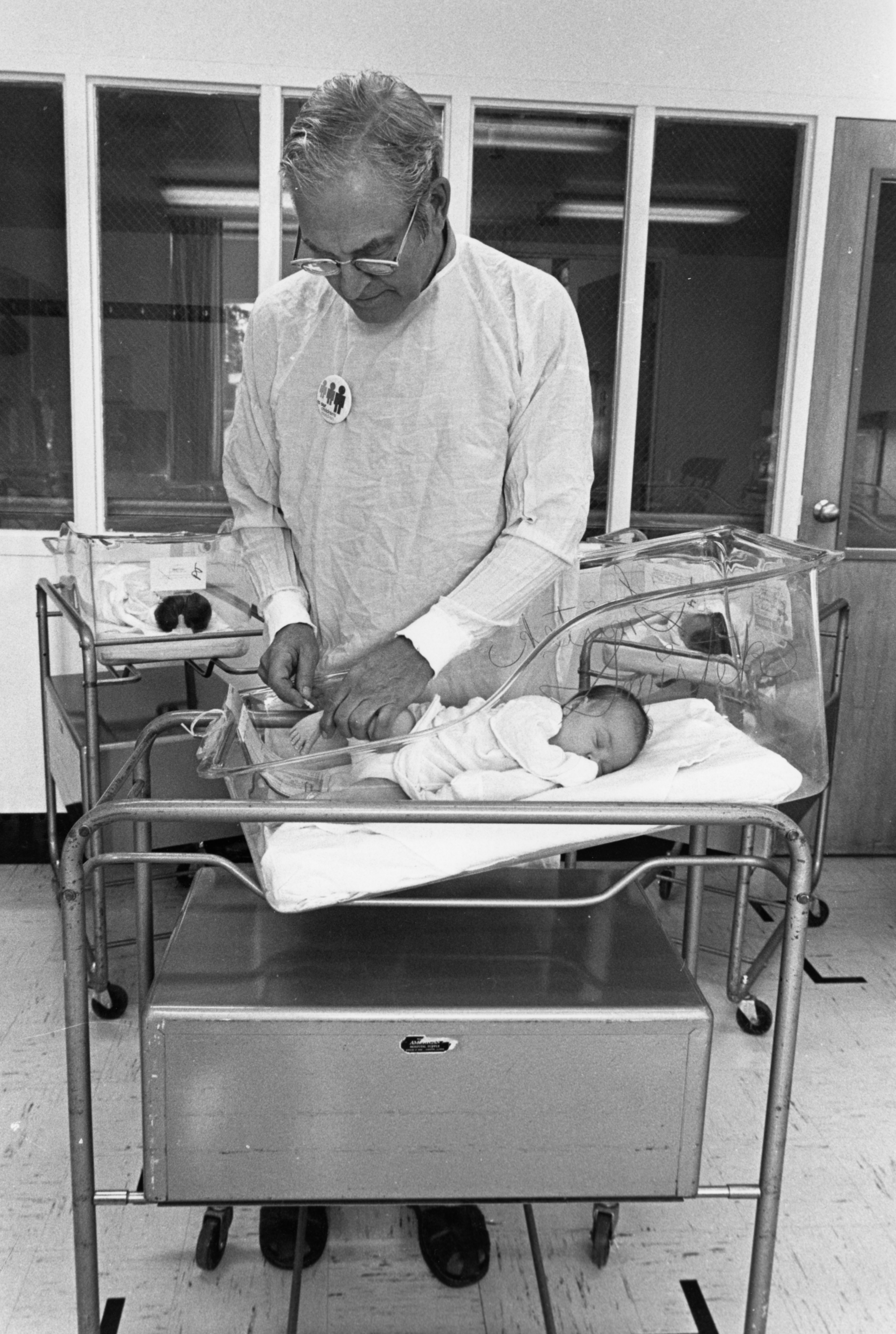 Dr. Guthrie, a faculty member of microbiology and pediatrics from 1958-1986, developed a simple filter test to screen infants for phenylketonuria (PKU), a genetic disorder that can cause developmental disabilities. His method allowed for earlier detection of PKU using blood instead of urine. In an essay published in Medical History in Buffalo 1846-1996, Dr. Guthrie explained that the filter-paper blood specimen was his "most important contribution" since it made it possible to screen one newborn for a variety of different conditions. 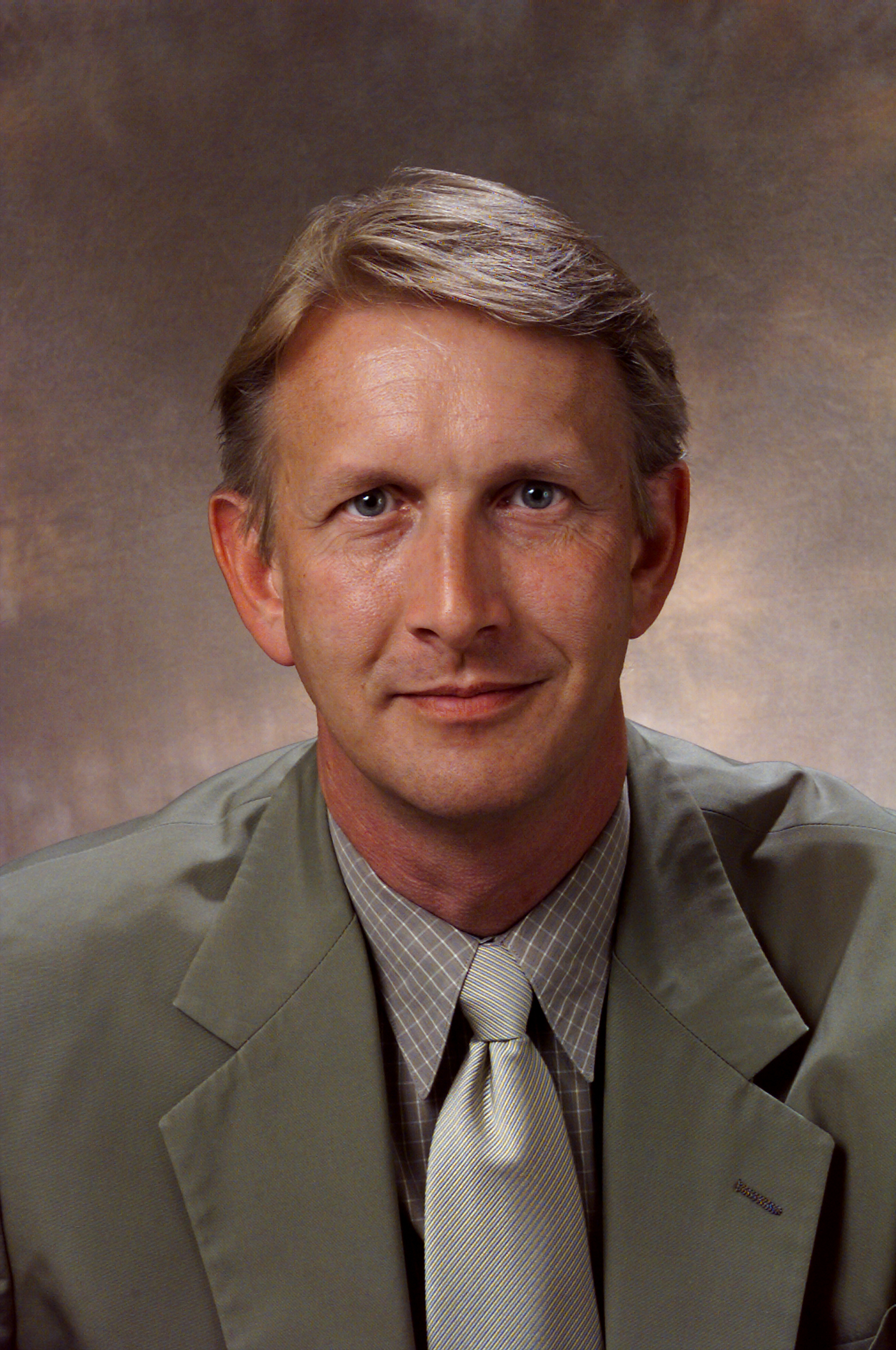 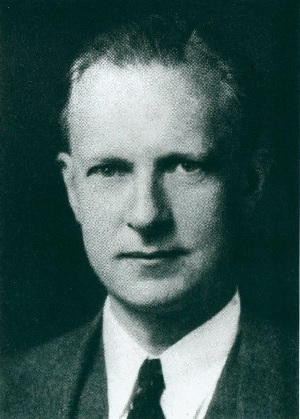 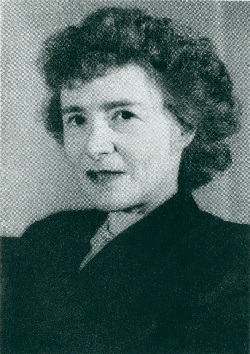 Images are from the History of Medicine Collection

Drs. Carl and Gerty Cori came to Buffalo in 1922 and worked at Roswell Park, which was called the State Institute for the Study of Malignant Disease. Dr. Carl Cori was an assistant professor of physiology at UB from 1927 to 1931. After leaving Buffalo, the Coris were awarded the Nobel Prize in Physiology or Medicine in 1947 "for their discovery of the course of the catalytic conversion of glycogen." That year, the prize was shared with another researcher, Bernardo Alberto Houssay. 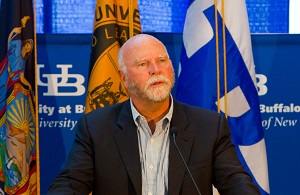 Dr. Venter is a world renowned genomic researcher that "pioneered the use of automated gene sequencers." He mapped and sequenced the human genome when he was president and chief scientific officer at Celera Genomics. The results were published in February 2001 in the journal Science. He is founder, chairman, and CEO of the J. Craig Venter Institute. 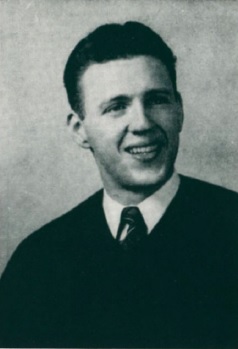 Dr. Lippes patented the Lippes Loop, an intrauterine contraception device. "The result was the plastic double “S” loop—a trapezoidal-shaped IUD that closely fit the contours of the uterine cavity, thereby reducing the incidence of expulsion." He was affiliated with the department of Obstetrics and Gynecology from 1952-1999. 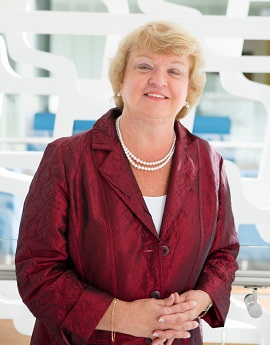 Dr. Nielsen was the second female president of the American Medical Association from 2008-2009. She is currently a clinical professor in the Department of Medicine and serves as the Senior Associate Dean for Health Policy. She has worked at UB since 1979. 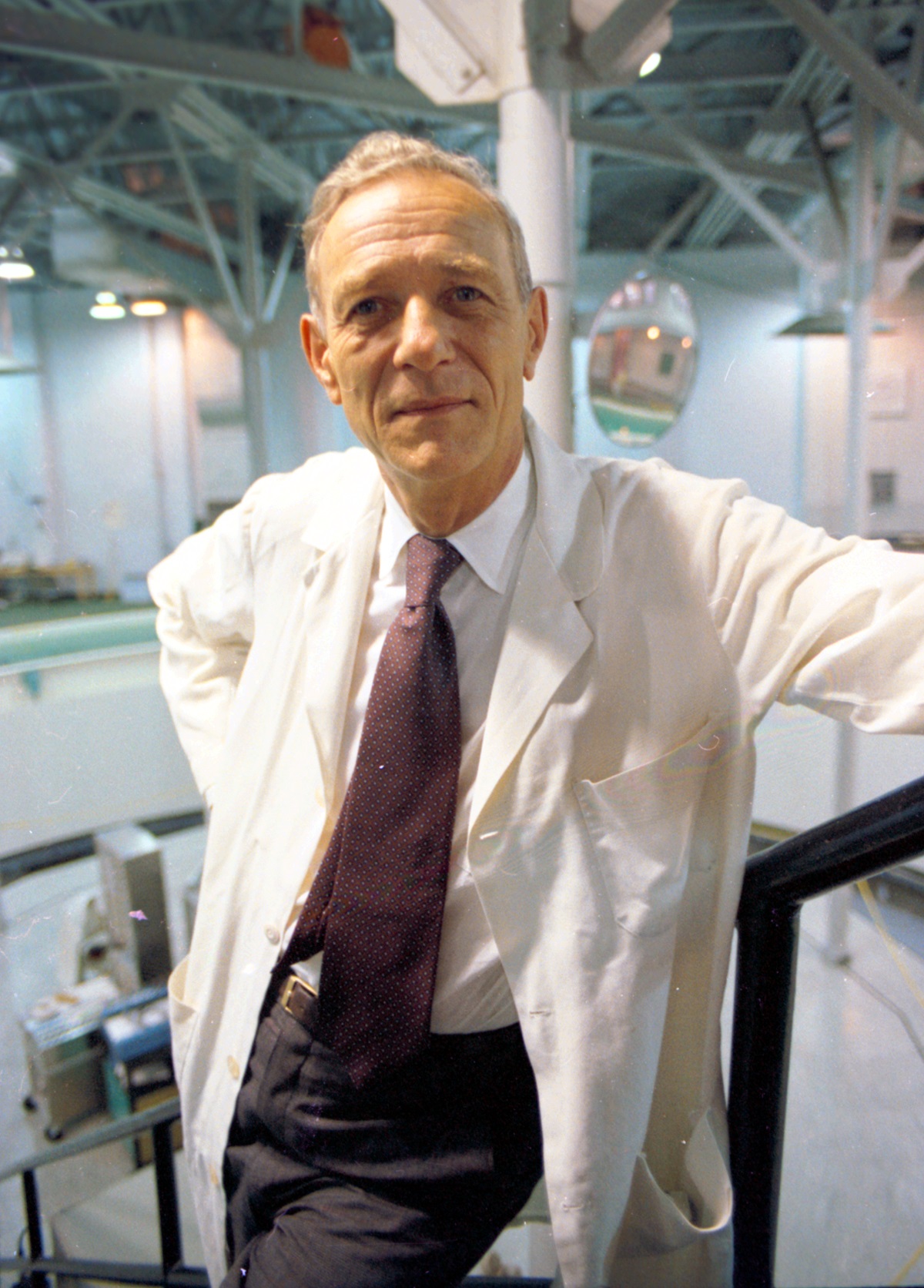 Dr. Rahn was "one of the pioneers in the study of physiology of man and animals in relation to different environments," studying pulmonary mechanics and blood gas-exchange. Dr. Rahn and his colleagues at the University of Rochester investigated whether "operational altitude of [US] Air Force personnel could be increased by breathing oxygen under pressure." He continued in this line of inquiry at Buffalo, looking into blood-gas exchange at high and low altitudes. This led to a project studying deep sea divers in Korea and Japan. In his later years, Dr. Rahn focused on gas exchange in avian eggs and its role in embryonic development. 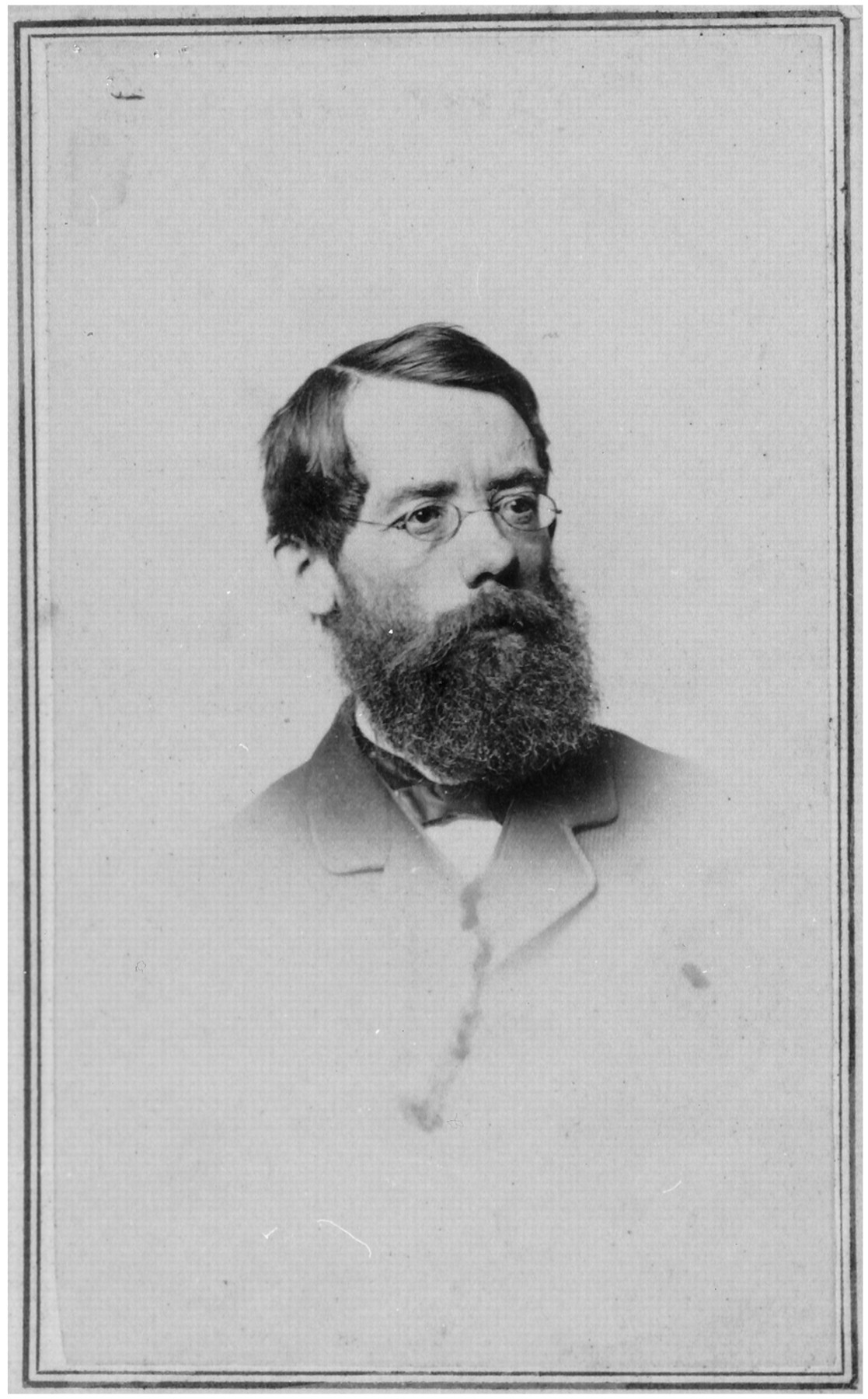 Dr. Dalton is credited with being the "first professional physiologist." He was the first to use living animals to demonstrate "the processes of life as he taught them in lectures," according to Mitchell. His book, Treatise on Human Physiology, was completed in 1859. He was also well known for another title, Topographical Anatomy of the Brain, which was published in 1885. 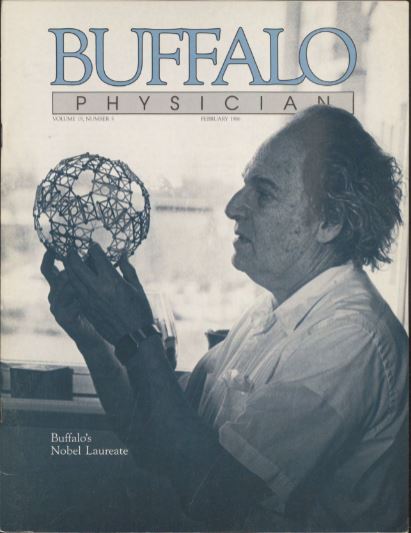 A mathematician and research professor of biophysical sciences, Dr. Hauptman was awarded the Nobel Prize in Chemistry in 1985. He shared the prize with his collaborator Jerome Karle. The prize motivation was "for their outstanding achievements in the development of direct methods for the determination of crystal structures." Dr. Hauptman was affiliated with UB from 1970-2011. 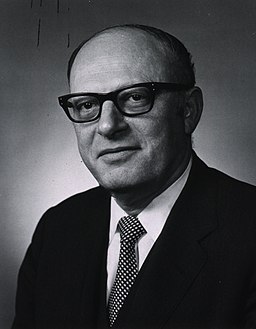 Dr. Klein came to Buffalo in 1961 to work as a research professor and chairman of the Department of Dermatology at Roswell. Along with Dr. Isaac Djerassi, Dr. Klein invented a way to separate "whole blood into its components of plasma, red blood cells, platelets, and white blood cells." These components could be used to address specific deficiencies. An added benefit was that it made more effective use of blood donations. In 1972, Dr. Klein was award the Lasker Award for developing "local antitumor chemotherapy for neoplasitc cutaneous lesions." He is credited with pioneering modern immunotherapy and devising the first effective treatment for Kaposi's sarcoma. 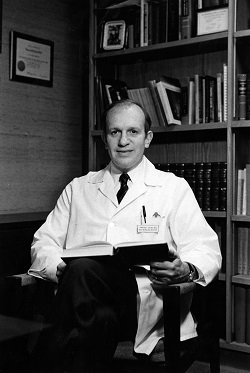 Lawrence Jacobs, MD was a prominent neurologist and multiple sclerosis (MS) researcher. He received federal funding "to study [of] interferon's effectiveness in slowing or reversing the accumulation of physical disability in MS patients." Because of Dr. Jacobs' efforts, Avonex (the brand name of the drug) became the most prescribed drug for people "suffering from relapsing MS." 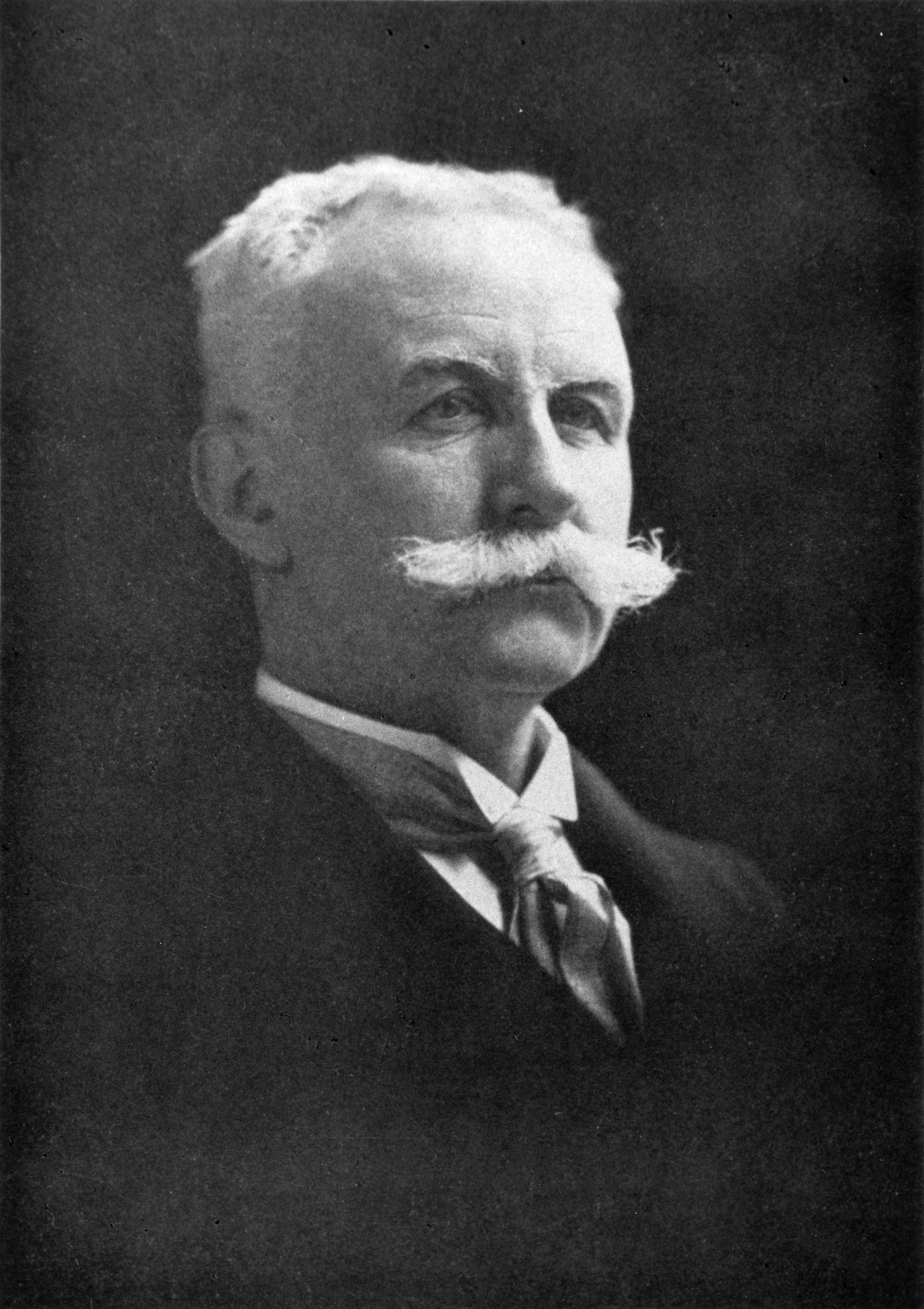 Dr. Lucien Howe founded the Buffalo Ear and Eye Infirmary in Buffalo in 1876 and was professor of Ophthalmology at the University of Buffalo for over three decades, starting in 1879. He advocated for "treating ophthalmia neonatorum with a solution of silver nitrate," which would prevent eye infections and blindness in children. This became a state law in New York called the Howe Law. He founded the Howe Laboratory of Ophthalmology at Harvard, his alma mater. 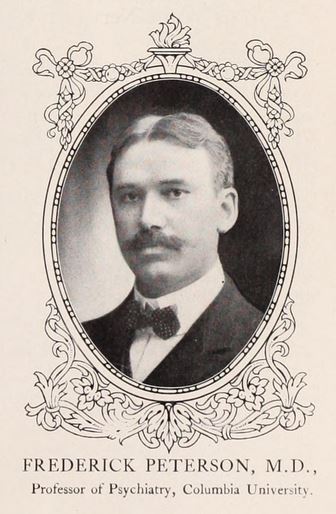 Dr. Peterson was a graduate of the medical school and served for a short period of time on the faculty in the 1880's. He was a pathologist, psychiatrist, and poet that briefly worked with Carl Jung in Zurich. He was the first professor of psychiatry at the College of Physicians and Surgeons (present day Columbia University). 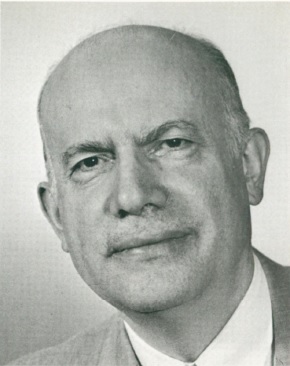 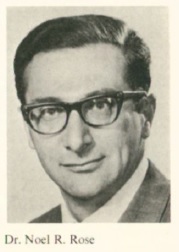 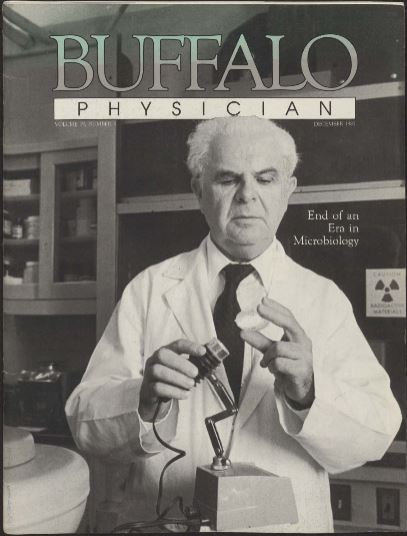 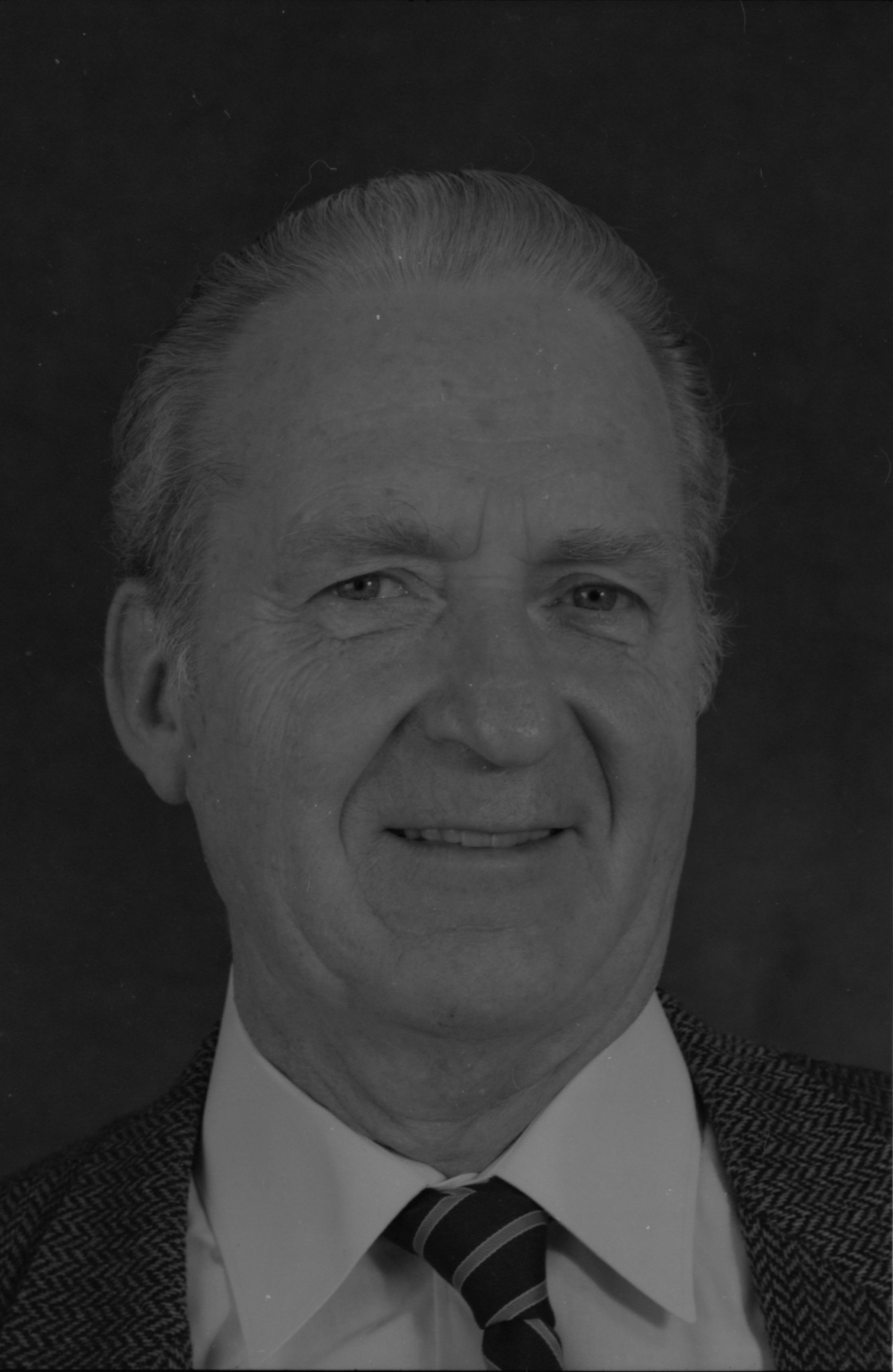 Dr. Witebsky, a "pioneer" in immunology, came to Buffalo in 1936 as an Associate Professor of Bacteriology in the Department of Pathology. In 1941, the Department of Bacteriology and Immunology was created and Dr. Witebsky became the head. He served in this role until 1967, when he helmed the newly formed Center for Immunology. Dr. Witebsky's contributions to the field were great. One of these contributions was "the conditioning of universal donor blood for emergency transfusions."

"The Father of Autoimmunology," Dr. Rose led the Center for Immunology from 1969-1973. He came to Buffalo in the early 1950's and started in Dr. Witebsky's lab. Dr. Witebsky asked him to prepare "an antigen specific to the thyroid," called thyroglobulin. The goal was to determine whether an "organism would generate an immune response when challenged with its own antigens." Dr. Rose was able to prove that an immune response was triggered when thyroglobulin was administered in rabbits, and the field of autoimmunology was born.

Dr. Milgrom's career at UB spanned nearly forty years (1958-1995) and he was chair of the department from 1967-1985. Before moving to the United States, he "developed a simple test" for syphilis "that could performed on a drop of dried blood." He "described a factor in human serum which was termed anti-antibody" and conducted research about graft rejection in kidney transplantation.

Dr. Beutner worked at UB from 1956 to 1997. His research focused on "understanding the links between human immune system components and skin disorders." He "helped define and standardize labeled antibody techniques for microscopy leading to improved diagnostic tests." He was internationally recognized for his work in immunodermatology.