(Provided with the permission of the ECHD)

The NYSDOH has lifted the restrictions on the use of the Influenza Inactivated Vaccine for 2004-5. The current position is that any person who wants to be immunized, should be immunized until available supply has been expended. Erie County Health Department still has an ample supply of Flu-Mist available at no charge to health care providers. Contact ECHD Disease Control at 858-7697.

The New York State Public Health Law 2164 was amended twice in 2004. The first amendment requires that students who will be enrolled in the 6 th grade in 2005, to be immunized against Varicella (Chickenpox). The second amendment mandates that all children born on or after January 1, 2005 , be immunized against pertussis (whooping cough) and tetanus as requirement for school entry and attendance.

During January 2005, there were 5 reports of food illness. Three were referred to ECHD, Environmental Health for field inspections. One additional one was referred to NYS Agriculture and Markets for further follow up.

The Influenza activity in New York State , as well as Western New York is continuing at a constant increase. Influenza A (H3N2) continues as the predominant strain. Public Health officials in Toronto have reported 85 new cases in hospitals and Long Term Care facilities from 2/11 to 2/17/05 . However, there is some worldwide concern over the Avian Influenza (H5N1) that occurred in Asian poultry flocks. Recently, documented person-to-person spread has occurred in Viet Nam , Thailand and Cambodia (N-55) - and killed three out of four of them. This situation is being closely monitored for fear that this may be the start of the predicted "Pandemic Flu".

Availability of Influenza Vaccine for 2005 -6

The Influenza Vaccine 2005-6 will be a trivalent vaccine containing: A/California/7/2004 (H3N2); A/New Caldonia/20/99 (H1N1); and B/Shanghai/361/2002. Britain 's Medicines and Healthcare Products Regulatory Agency (MHRA) gave the go-ahead on 3/1/05 for Chiron Corporation to resume production of flu vaccine. This action will have a direct effect on the availability of Influenza Vaccine 2005-6.

During February 2005, there were 9 reports of illness involving food establishments. Three were referred to Environmental Health for further investigation. One additional one was referred to NYS Agriculture and Markets, for food analysis of "suspected scombroid poisoning".

The New York State Department of Health has notified the Local Health Units that NOW is the time to Pre-Book Influenza Vaccine for use this Fall. Two vendors will be supplying Influenza Vaccine 2005-6. One is Sanofi-Pasteur, The other is ASD Health Care 1-866-281-4358. Both orders may be placed under the MMCAP contract, if eligible.

The NYSDOH is reporting continual influenza activity throughout New York State . During March 2005, there were confirmed clusters of influenza in two long-term care facilities within Erie County .

On 3/31/05 , the New York State Department of Health issued an alert regarding a captive deer in a "Deer Farm" in Oneida County that was found to have CWD. This report was followed by a 2 nd deer in the same farm also found to have CWD. DEC is currently monitoring the wild deer in the surrounding area for signs of CWD. Subsequently, NYSDOH is requesting that reports of sick deer be channeled to the local health departments for further investigation.

During March 2005, there were 12 reports of food illness. Nine were referred to ECHD, Environmental Health for field inspections. One additional report was referred to the Ontario Ministry of Health since the ill persons were residents of Ridgeway , Ontario ( Canada ).

Update on Influenza Activity 2004-5: The NYSDOH is reporting only sporadic cases of influenza across the state. Mid May is generally considered the end of the "flu season". In Erie County the reported cases of influenza have been in the single digits during April.

Update on West Nile Virus Activity: I n the beginning of April 2005, ECHD has been monitoring for WNV. The Environmental Health Offices are requesting reports of sick or dying crows, bluejays, or raptors(hawks/eagles).

All other reports of dead or dying birds should be reported directly to the Dead Bird Hotline at 1-866-537-2473. Starting May 5th , any "Standing Water Service Requests" should be made to the ECHD District Offices listed above.

Health Care Providers seeing patients with Suspected Encephalitis or Viral Meningitis will once again have "Arborviral Testing" provided by Wadsworth Laboratories at no cost. All local laboratories have been informed concerning the criteria for submission of specimens, plus the appropriate paperwork to accompany the specimens. ECHD Disease Control is requesting that a copy of the specimen identification sheet be faxed to 858- 7964 , to assist in retrieving a prompt result from the laboratory.

New Vaccines Being Licensed for Protection against Pertussis: The new vaccines are Boostrix licensed for people 10 -18 Y.O; and Adecel for persons aged 11 - 64. The ACIP will be forthcoming.

Update on West Nile Virus (WNV) Protection: Products containing DEET have been around for nearly 60 years. These are brand names like Off, Skintastic, Ultrathon etc. A new product, containing picaridin, tradename, Cutter Advanced became available this past Spring. Another product called Autan is available in Europe , and will likely be approved for sale in the United States next year. Oil of lemon eucalyptus is sold in several repellents, including Repel Lemon Eucalyptus, Off, Botanicals and FiteBite Plant-Based Insect Repellent.

During May 2005, there were 11 reports of food illness. Three reports were referred to ECHD, Environmental Health for field inspections. One additional report was forwarded to NYS Agriculture and Markets.

During June 2005, there were 16 reports of food illness. Seven reports were referred to ECHD Environmental Health for inspection.. Two additional reports were forwarded to NYS Agriculture and Markets.

Update on ECHD WNV Surveillance Program: On July 19, 2005, ECHD Vector Control Program had confirmed the first WNV mosquito pool for the 2005 season. As of a result of this confirmation, there will be no further shipment of avian specimens for WNV testing.

Update on West Nile Virus (WNV) : The monitoring for West Nile Virus is continuing. To date there have been no confirmed reports of WNV in humans in Erie County . Environmental Health reported it's first confirmed WNV mosquito pool in July. Since that time there have been additional confirmed WNV mosquito pools within Erie County . A Health Alert has been issued cautioning people what preventive action is recommended to avoid mosquito bites.

Bat Encounters Resulting in Persons Receiving Post Exposure Rabies Series: During August there were numerous reports of bat activity in the living quarters of homes. An alert was issued by ECHD, Commissioner of Health recommending that any bat found in a sleeping room while it is occupied be captured and submitted to the ECHD for testing for rabies. Furthermore, any direct contact with a bat be reported to the ECHD immediately. Sixty-One (61) Rabies Post Exposure Series were authorized during August. Fifty-Four (54) were due to bat exposures.

During August 2005, there were 14 reports of food illness. Seven reports were referred to ECHD Environmental Health for inspection.. Two additional reports were forwarded to NYS Agriculture and Markets.

ECHD Control Measures for Rabies Prevention: During September, the Erie County Health Department ran a Pre-Exposure Rabies Clinic for persons with occupational risk of exposure to rabid animals. Sixty-five persons were started on their basic series. Eleven others were offered a rabies vaccine booster. In addition, 592 blood specimens were collected and sent to NYSDOH Rabies Laboratory for rabies titers .

Update on Avian Influenza Activity: The Centers for Disease Control and Prevention and World Health Organization is closely monitoring the spread of the Avian Flu (H5N1). This strain has the potential for becoming a "Pandemic Flu". National, state and local health units have established surveillance programs to monitor for regular Influenza A and Influenza B as well as the Avian Flu. Locally, Kaleida's Women & Children's Hospital, and Erie County Medical Center maintain viral laboratories for assisting health care providers in diagnosing patients with influenza. Rapid Antigen Testing is available at both laboratories. Influenza cultures are available at ECMC only.

During September 2005, there were 8 reports of food illness. Four reports were referred to ECHD Environmental Health for inspection.. One additional report was forwarded to NYS Agriculture and Markets.

"All four vaccine manufacturers are shipping vaccine. Vaccine is being shipped in partial orders from Sanofi Pasteur. Chiron is expected to produce 17-18 million doses, of which 8 million have already been distributed. GlaxoSmithKline has shipped all of its 7.5 million doses. MedImmune has been distributing the nasal-spray vaccine, FluMist, in a timely manner."

"Based on the amount of influenza vaccine already produced and the projections for additional doses to become available in the next few weeks, it is apparent that there will not be a true vaccine shortage this season."

"Providers and individuals seeking immunization against influenza will need patience, persistence, and cooperation. Influenza does not usually peak until January or February, and so there is still time to immunize patients."

Update on Avian Influenza Activity: WHO and CDC are tracking the progression of Avian Influenza worldwide. Outbreaks of H5N1 infection among poultry have been confirmed in Cambodia , China , Indonesia , Kazakhstan , Romania , Russia , Thailand , Turkey and Vietnam . H5N1 in humans have been confirmed in Vietnam , Thailand , Cambodia and Indonesia .

During September 2005, there were 8 reports of food illness. Five reports were referred to ECHD Environmental Health for inspection.

Update on Influenza Vaccine 2005-6: According to the Centers for Disease Control and Prevention, there is sporadic nationwide influenza activity as of the first week in December 2005. There were eleven isolates of Influenza A. All these were found to be H3N2. Locally, in Erie County , the first isolate of H3N2 was identified by ECMC Virology Lab from a nasopharyngeal swab, collected on 12/1/05 , from a 46 Y.O. male living in Buffalo , New York .

Survey for Leptospirosis and Lyme Diseases in Pet Population: The ECHD Environmental Vector Control Laboratory is currently conducting an E-mail survey of veterinarians in the county to determine the prevalence of illness in the pet population.

During November 2005, there were 11 reports of food illness. Six reports were referred to ECHD Environmental Health for inspection.

Update on Influenza Activity 2005-6: Continual tracking by WHO and Center for Disease Control and Prevention indicates that the season influenza activity is light when compared to former years. Availability of Influenza 2005-6 Vaccine: Erie County Health Department still has an ample supply of adult and pediatric influenza vaccine available to Health Care Providers at no charge.  If interested in obtaining some influenza vaccine, call Linda at 858-6998, to make arrangements for pick up.  Given the fact that the influenza season in Western New York will persist through Mid-May, it is still not too late to immunize.

During December 2005, there were 15 reports of food illness.  Six reports were referred to ECHD Environmental Health for inspection.  One additional report was referred to NYS Agriculture & Markets. 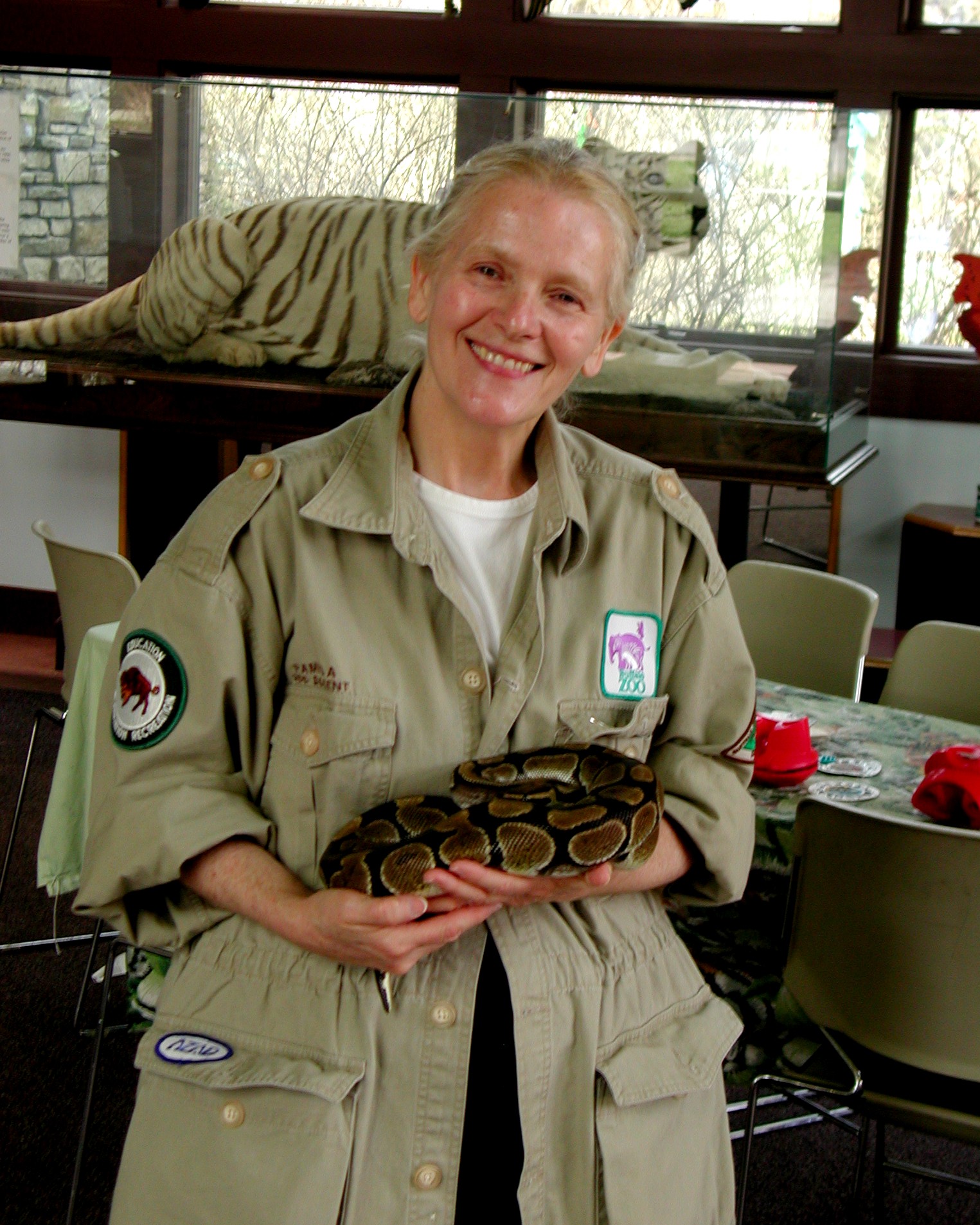