Automation, Algorithms, and Bias, from Settler Colonialism through the Future of Auditing: Algorithms & AI 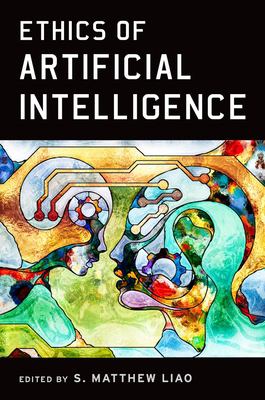 As Artificial Intelligence (AI) technologies rapidly progress, questions about the ethics of AI, in both the near-future and the long-term, become more pressing than ever. This volume features seventeen original essays by prominent AI scientists and philosophers and represents the state-of-the-art thinking in this fast-growing field. 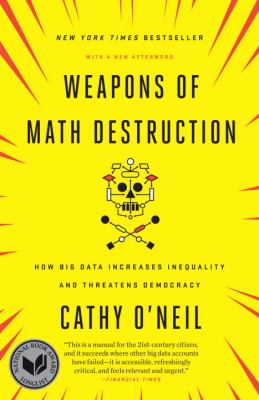 We live in the age of the algorithm. Increasingly, the decisions that affect our lives...are being made not by humans, but by machines. In theory, this should lead to greater fairness: Everyone is judged according to the same rules.

But as mathematician and data scientist Cathy O'Neil reveals, the mathematical models being used today are unregulated and uncontestable, even when they're wrong. Most troubling, they reinforce discrimination--propping up the lucky, punishing the downtrodden, and undermining our democracy in the process. 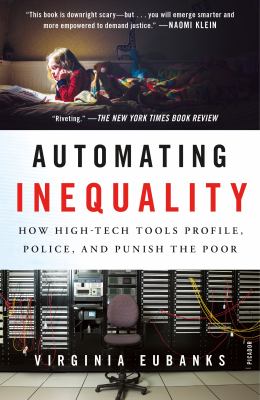 Eubanks investigates the impacts of data mining, policy algorithms, and predictive risk models on poor and working-class people in America. She shows how automated systems, rather than humans, control which neighborhoods get policed, which families attain needed resources, and who is investigated for fraud. While we all live under this new regime of data, the most invasive and punitive systems are aimed at the poor. 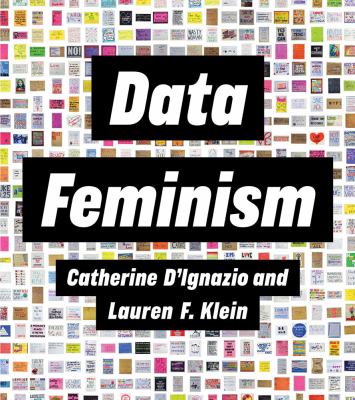 In Data Feminism, Catherine D'Ignazio and Lauren Klein present a new way of thinking about data science and data ethics--one that is informed by intersectional feminist thought. Illustrating data feminism in action, D'Ignazio and Klein show how challenges to the male/female binary can help challenge other hierarchical (and empirically wrong) classification systems. Data Feminism offers strategies for data scientists seeking to learn how feminism can help them work toward justice, and for feminists who want to focus their efforts on the growing field of data science. But Data Feminism is about much more than gender. It is about power, about who has it and who doesn't, and about how those differentials of power can be challenged and changed.